Sorry! You missed Ever After at Alliance Theatre 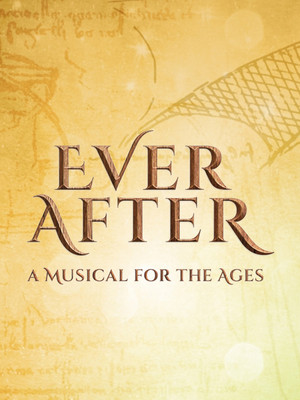 No pumpkins turn into a carriage. No talking mice. No matter. There's sweet magic in "Ever After"

Why See Ever After?

A Modern Musical Spin On The Classic Cinderella Story

The hit Drew Barrymore film comes to life on stage!
In 1998, Drew Barrymore and Anjelica Houston put a new spin on the classic Cinderella fairy-tale with their performances in the sweeping historical-fiction romance Ever After. Following a thrilling world premiere at New Jersey's Paper Mill Playhouse in 2015, Atlanta's Alliance Theatre presents Zina Goldrich and Marcy Heisler's musical adaptation of the beloved cult-hit, bringing the story of the courageous Danielle de Barbarac to the stage with a soaring score, lush costumes and a sprinkle of theatrical magic.

Set in 16th-century France, our feisty heroine takes her destiny into her own hands, infusing things with a modern, post feminism twist. When her father dies, Danielle grows up at the mercy of her wicked step mother Rodmilla de Ghent, forced to be a servant to the matriarch and her two airhead daughters. Later, a chance encounter brings her face to face with Prince Henry as he tries to escape an arranged marriage, and Danielle disguises her low born identity by impersonating a noblewoman. Romance blooms between the pair, and Henry is intent on marrying no one else, but not even a fairy godmother in the form of Leonardo Da Vinci can change France's strict royal marriage laws...

Sound good to you? Share this page on social media and let your friends know about Ever After at Alliance Theatre.