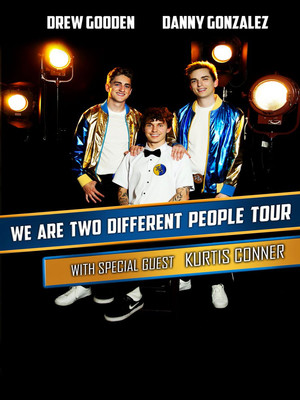 See Two New Faces in Comedy on Their Nationwide Tour

Danny Gonzalez and Drew Gooden first gained recognition on YouTube where their channels both blew up and gained hundreds of thousands of views. The pair are now bringing their laugh out loud humor to the stage with a joint nationwide comedy tour. Making a name for themselves through hilarious reaction videos, the pair have a knack for funny social commentary, so stand up is the natural next step.

Arriving on YouTube via Vine, both comedians gained a large following on their individual channels. Gonzalez went on to release a comedy album which debuted at number one on iTunes and number six on the Billboard Comedy Charts in 2016. The tour will be supported by Canadian comedian Kurtis Conner.

Sound good to you? Share this page on social media and let your friends know about Danny Gonzalez at Buckhead Theatre.