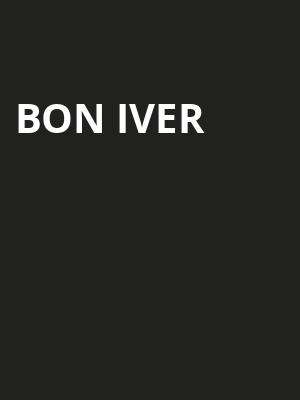 Bon iver are back!

Formed in 2007, Vernon wrote most of their first record whilst recuperating from an illness. He spent three months ensconced in a cabin in Wisconsin to emerge with the bones of 'For Emma, Forever Ago'. Lead single 'Skinny Love', a wistful exploration of a break up went on to become a hit the world over. In 2012, the group won Best New Artist and Best Alternative Rock Album at that year's Grammy's for their sophomore effort 'Bon Iver, Bon Iver.' Far from being just the reserve of beardy hipsters, Bon Iver's folksy sound resonates with audiences old and young. They're not afraid to mix it up either, as evidenced by 2016's experimental release 22, A Million.

Rita Leia: “I love him but”

The show it was only him in the middle of the stage and kind of what... more

I've seen Bon Iver twice before and as like the two past shows I was completely... more

Sound good to you? Share this page on social media and let your friends know about Bon Iver at Chastain Park Amphitheatre.