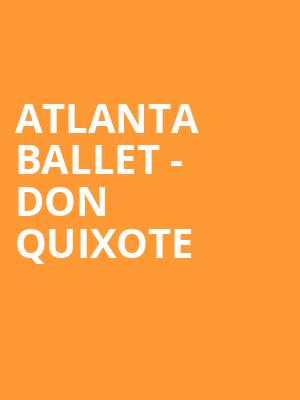 Photo by Tools For Motivation on Unsplash

Don Quixote is nothing more, and nothing less, than a showcase for firework technique and exultant showmanship!

Based on episodes from the most influential work of literature from the Spanish Golden Age and the entire Spanish literary canon, Don Quixote de la Mancha by Miguel de Cervantes; the ballet focuses on a comedic love story encapsulated in a backdrop of color, spectacle, and showmanship.

Originally choreographed by Marius Petipaand first presented by the Ballet of the Imperial Bolshoi Theatre of Moscow in 1869, this vibrant ballet is choreographed by influential Russian master, Yuri Possokhov.

What is the story?

After he reads one too many fairy tales about damsels in distress and medieval romance, Quixote sets out on an adventure with his faithful and slightly saner sidekick Sancho Panza, drawing much ridicule and infamy as attempts to woo and bring honor to the lady of his dreams Dulcinea.

Sound good to you? Share this page on social media and let your friends know about Atlanta Ballet - Don Quixote at Cobb Energy Performing Arts Centre.