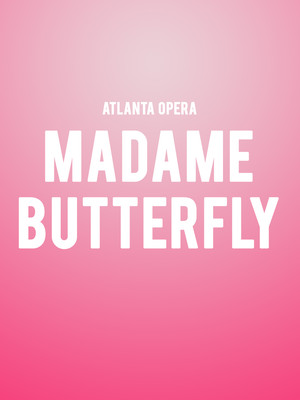 A great tragedy of innocence lost.

Poor, poor Cio Cio, known as Butterfly, the young Japanese girl who marries the US Naval Officer Pinkerton in the mistaken belief that she has found lasting happiness. But her devotion is misguided, and Pinkerton only sees her and their marriage as a stepping stone for his return to America to find his 'true bride'.

Unaware of this fact, the besotted Butterfly waits diligently for her husband to come back to Japan and meet his son, only to discover that she has been found wanting...

Madama Butterfly is one of the most widely recognized operas in the world and has spawned many adaptations the century since its premiere at La Scala. Atlanta Opera presents this traditional production starring Yasko Sato and Gianluca Terranova.

Sung in Italian with English supertitles

Sound good to you? Share this page on social media and let your friends know about Atlanta Opera: Madama Butterfly at Cobb Energy Performing Arts Centre.