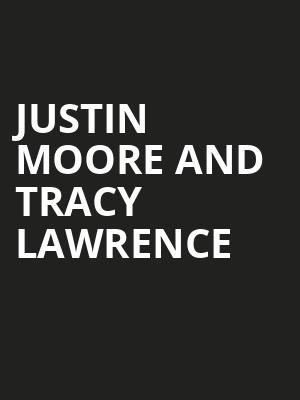 There are some country albums you play for your friends who think they don't like country music to convince them that they really do and just don't realize it yet. Justin Moore's "Late Nights and Longnecks" is not one of those albums

Get two stetson-toting country crooners for the price of one during Justin Moore and Tracy Lawrence's Late Nights and Long Necks North American Tour, coming to a venue near you in early 2020. The mammoth co-headline jaunt follows a whirlwind year for each of the celebrated artists - Moore is still riding high after the release of his fifth studio offering of the same name, whilst Lawrence released his 16th studio album, the patriotic Made In America last summer.

Representing the new school, Moore burst onto the Nashville scene with the persona of a good kid with a rowdy heart of gold, finding his niche between traditional country and the power pop of bro country anthems. A regular at the top of the Billboard Country charts, he is known for smash hit singles Small Town USA, Til My Last Day and If Heaven Wasn't So Far Away. Repping old school country, Lawrence has sold over 13 million albums and charted 18 number ones with classic tracks like Sticks and Stones, Alibis and Can't Break It To My Heart.

Seen Justin Moore and Tracy Lawrence? Loved it? Hated it?

Sound good to you? Share this page on social media and let your friends know about Justin Moore and Tracy Lawrence at Cobb Energy Performing Arts Centre.