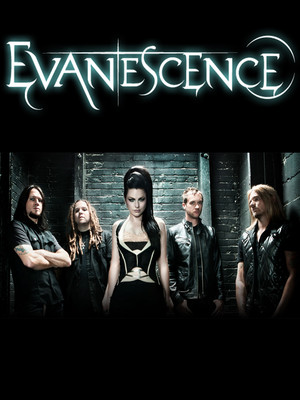 The mighty Evanescence head out on a series of dates this spring! Led by lead singer Amy Lee, this Arkansas group were one of the foremost American nu-metal bands of the 00s, with Gothic-tinged tracks like 'Bring Me To Life', 'My Immortal' and 'Lost in Paradise' rocketing up the charts right across the globe, complemented by their stunning music videos, art-directed to within an inch of their lives.

Bringing together the epic, symphonic tendencies of groups like Nightwish and the hard-hitting riffage of contemporaries such as Linkin Park, the band are undoubtedly one of the genre's most important recent figures. We're sure they'll be playing plenty of their old cuts, alongside new tunes from new record Synthesis!

I have seen several Evanescence shows through the years, but this concert,... more

Trish Dawson: “Not worth the time”

Although Amy is very talented she sounded like she was screaming. I... more

Sound good to you? Share this page on social media and let your friends know about Evanescence at Coca-Cola Roxy Theatre.