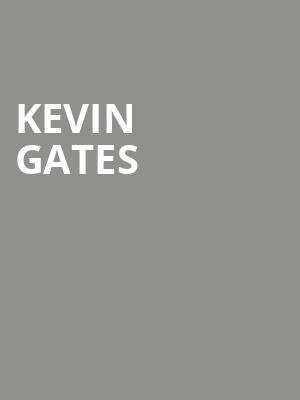 Kevin Gates does not mince words. It's his great gift, really... he's perfectly comfortable reeling off "lyrical-miracle" technical displays, but his best music is rooted strongly in the 2Pac tradition of blunt-force honesty, and all his best songs emerg

the I'm him tour continues!

Outspoken gangsta rapper Kevin Gates returned in 2019 with his album, I'm Him. To celebrate, Gates also took to the stage with the hotly anticipated tour of the same name. Now he's extending his tour into 2020, taking his distinctive blend of southern hip hop and hook-driven lyrical chaos around North America once again! Born and raised in Baton Rouge, the rising icon made a name for himself on the underground mix-tape circuit before hitting the mainstream with his Top 40 charting mixtape Stranger Than Fiction.

The subsequent release of multiple mixtapes upped the Gates' profile, garnering support and collaborations from contemporaries like Pusha T, Juicy J and Wiz Khalifa, before the rapper made his fully-fledged (and platinum-selling) album debut in 2016, which was named after his daughter, Islah. An overwhelming success, the offering showcased an eye for detail, melody and mood, and chronicled a fascinating saga about his rags to riches story filled with emotion, violence, determination, hedonism, tenderness and self-actualisation.

Gates didn’t disappoint! He interacts with the crowd, and does a great... more

Sound good to you? Share this page on social media and let your friends know about Kevin Gates at Coca-Cola Roxy Theatre.