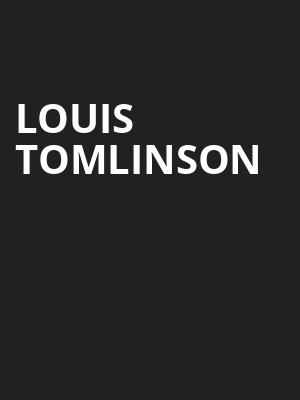 Louis Tomlinson is back, and he's more confident than ever.

The phenomenal pop reign of One Direction may have come to rest since the outfit announced an indefinite hiatus in January 2016, but the fire hasn't died out - it burns just as bright thanks its member's solo endeavors. Immediately after the hiatus announcement, Louis Tomlinson AKA one-fifth of the world's most adored boy band since the Beatles released his solo single debut 'Just Hold On', reaching certified gold status in the UK and the US. A year later, he solidified his place in the pop stratosphere with Bebe Rexha collaboration 'Back To You'.

Stepping out from the considerable shadows of Harry and Zayn, Tomlinson has taken the time to prove his creative chops and solo star quality in his own right. Forced onto an early path of maturity after the deaths of his sister and mother, the singer-songwriter took time out to hone his craft and create a debut album worth waiting for. Timed to coincide with the hotly anticipated release of 'Walls', Tomlinson hits North American shores on a mammoth 2020 world tour.

Sound good to you? Share this page on social media and let your friends know about Louis Tomlinson at Coca-Cola Roxy Theatre.