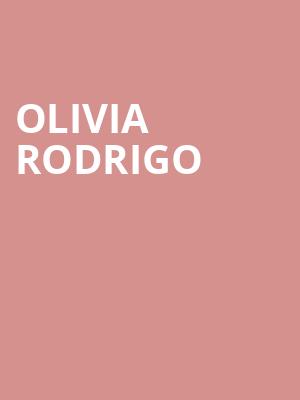 Olivia Rodrigo is pop's newest 'One to watch'!

Disney star turned pop star Olivia Rodrigo will be touring her brand new album, Sour! The 'Deja Vu' singer's screen-to-stage transition has gone very well indeed, with the singer already earning SEVEN Grammy nominations despite only starting out her musical career in 2020! In 2022, she'll be touring across North America and Europe, taking on 40 big-city dates - catch Olivia Rodrigo live on her Sour Tour!

Much like her predecessors (fellow actress-turned-artists Vanessa Hudgens, Zendaya, Selena Gomez and pop's undisputed queen herself, Britney Spears) Olivia Rodrigo is ready to carve a new niche in her career. She's off to a good start - three singles off of her very first album have already made the charts! That of course includes 'Deja Vu' and 'Good 4 U' and the hit song 'Drivers Licence'.

Sound good to you? Share this page on social media and let your friends know about Olivia Rodrigo at Coca-Cola Roxy Theatre.