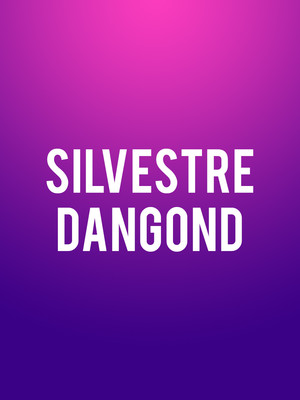 Stadium-filling Colombian singing legend Silvestre Dangond has risen to become an icon in his home country and across the Latin-speaking world thanks to his modern take on the vallenato music tradition. Hailing from Colombia's coastal Caribbean regions, the genre is filled with folk characters, accordion, poetry, and hip-swaying rhythms, to which Dangond adds his trademark pop hooks and production. Don't miss the crooner as he hits US shores on a North American tour this year!

In late 2017 and early 2018, the five-time Latin Grammy-nominated singer marked his Latin mainstream music crossover when Casate Conmigo, a tune featuring Puerto Rican urban hitmaker Nicky Jam, hit the top of the Latin Airplay charts. A charismatic showman, Dangond brings charm and poise to the stage every time he performs live, whether pulling the heartstrings on romantic ballads or bringing the party in his upbeat Summer anthems.

Sound good to you? Share this page on social media and let your friends know about Silvestre Dangond at Coca-Cola Roxy Theatre.