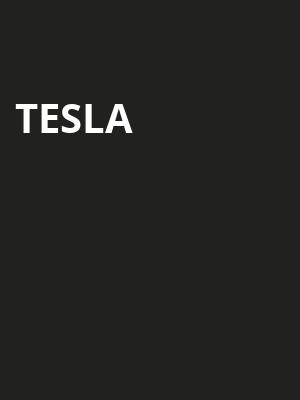 Tesla Return To The Stage!

In 2019, Tesla celebrated the 30th anniversary of their debut, and to date, most successful album Mechanical Resonance, with a live re-recording of all songs. With the original LP hitting platinum in 1989, the band has remained one of the biggest metal bands on the planet. Don't miss them live, a chance to sing-a-long to hits like "Modern Day Cowboy" and "Love Song" with the band, and 100s of other fans!

Following their mammoth 2016 summer tour with Def Leppard and REO Speedwagon, the boys aren't content to rest on their laurels and are headed out on tour to further celebrate their extensive career in show biz, and to also showcase tracks off their highly anticipated upcoming album, Shock, released January 2019.

With their 2000 lineup still comprising Frank Hannon and Dave Rude on guitar, Brian Wheat on bass, Jeff Keith on vocals, and Troy Luccketta on drums, the beloved Sacramento-based metalheads have succeeded in selling 25 million albums worldwide and gaining a loyal global audience in the process.

Sound good to you? Share this page on social media and let your friends know about Tesla at Coca-Cola Roxy Theatre.