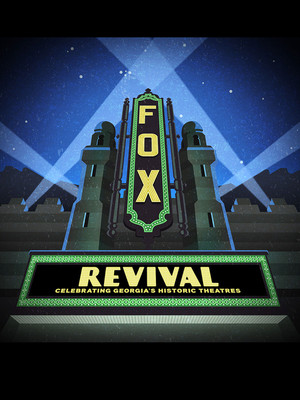 Drive-By Truckers remain in their creative and concert prime.

Hosted by celebrated American vocalist and frontman of Atlanta's very own rockers Drivin' n' Cryin' Kevin Kinney, the Fox Theatre Institute presents yet another spectacular music showcase to raise funds in the name of preserving and supporting some of Georgia's most precious and historic theaters and arts centers, keeping the heart of performing arts, creativity and the past beating loud and strong!

This year the line-up features a host of celebrated, story-telling performers, including Drive-By Truckers, the Chris Robinson Brotherhood, Dodd & The Councilmen and Drivin' n' Cryin' of course. Drive-By Truckers are currently riding high after the release of their 11th studio album American Band, which sees them contemplating Trump's America with empathy, vivid storytelling and subtlety.

Sound good to you? Share this page on social media and let your friends know about Fox Theatre Institute Presents Revival at Fabulous Fox Theater.