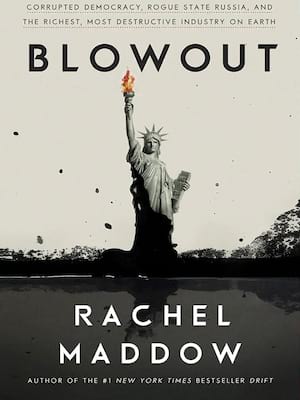 Launched nearly a decade ago, The Rachel Maddow Show, hosted by an openly-gay Rhodes scholar who came to TV news by way of progressive Air America Radio, is now the number-one prime-time news program on cable television.

Rachel Maddow Takes Her Much Loved Show on Tour

TV host and political commentator Rachel Maddow who is best known for hosting MSNBC's The Rachel Maddow Show, will be bringing her talk show to the stage this October. The California born host and author got her start in media with her first radio gig in 1999 and became a regular panelist on MSNBC's Tucker in 2005.

In 2012, Maddow brought out her book 'Drift: The Unmooring of American Military Power' which examines the history of America going to war. The book is being followed up in October of this year as Maddow's second book 'Blowout' which offers insight into the secretive and overwhelmingly corrupt oil and gas industries is set to be released.

Maddow is loved for her straight to the point liberal political views.

Sound good to you? Share this page on social media and let your friends know about Rachel Maddow at Fabulous Fox Theater.