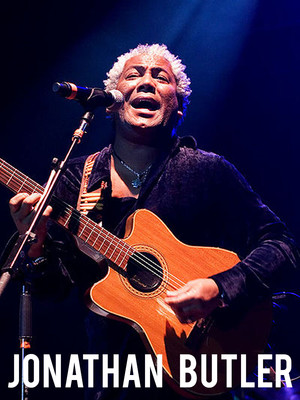 The legendary singer hits the road

A singer-songwriter with many strings to his bow, Jonathan Butler's music is often described as Jazz Fusion. A purveyor of R&B, Jazz and Gospel worship music, Butler has seen his popularity grow from his home country of South Africa to the far corners of the globe! Marking his childhood in South Africa as his inspiration for a lot of his work, Butler hits the road again this year.

Born during Apartheid in South Africa, Butler made history by being the first Black musician to be played on a white and segregated radio station! Starting to tour at the tender age of seven Butler was soon signed and became something of a Teen Idol with his 1975 cover of The Drifter's "Please Stay" hit number two in South Africa. In 1987 Butler garnered international acclaim with his Grammy-nominated single "Lies" which hit the number 27 spot in the Billboard's Hot 100 chart! To this day Jonathan Butler has released a whopping 22 albums! Don't miss your chance to see him live!

Sound good to you? Share this page on social media and let your friends know about Jonathan Butler at Mable House Amphitheatre.