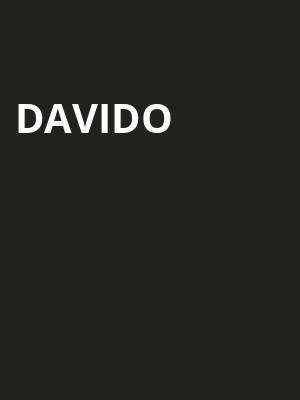 A Good Time can drift into sunshine-infused listlessness, but it's rescued by Davido's undeniable charisma and intricate understanding of warm, uplifting pop instrumentation.

we rise by lifting others!

There's no doubt about it, Nigeria and its music makers are having a moment. With the likes of D'banj, Wizkid and Tiwa Savage ruling the global charts, David Adedeji Adeleke AKA Davido has risen to the forefront of the Afrobeat movement thanks to his ubiquitous smash hit Fall, released in 2017. In 2019 he released his critically acclaimed sophomore album A Good Time, a fizzing Afropop compilation featuring the likes of Chris Brown, Summer Walker, and A Boogie wit da Hoodie and continues to ride high on the 2022 We Rise By Lifting Others tour!

Beginning in winter and stretching on into spring, his latest jaunt is a triumphant culmination of two decades of hard work, international touring and constant writing. Announcing the arrival of one of Africa's biggest stars, the album finds a return to the sounds of his homeland bolstered by a fertile imagination, an inspiring sense of ambition, uptempo beats and uplifting subject matter. Don't miss this chance to see the King of African music as he rises further into the pop stratosphere.

Seen Davido? Loved it? Hated it?

Sound good to you? Share this page on social media and let your friends know about Davido at State Farm Arena.