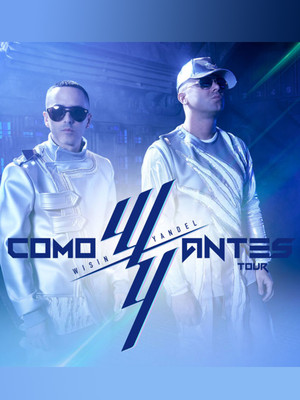 Don't miss your chance to catch this duo live!

Fans of the reggaeton duo rejoice as Wisin and Yandel return after a five-year hiatus! With their tenth album having been released on December 14 the duo also announced that they will be reuniting for a huge nationwide tour in 2019. Entitled Los Campeones del Pueblo ('The Big Leagues') this tenth album will see the pair retain their unique reggaeton sound that their fans love.

First bursting onto the scene in the ate 90's Wisin and Yandel have become reggaeton's biggest artists. As the genre's only winners of a Grammy, the pair have dominated the airwaves in both the US and Latin America. Although the pair focussed on solo projects between 2012 and 2018 they remained fast friends. Now returning to their adoring fans, Wisin and Yandel are ready to become even bigger and better than before!

Sound good to you? Share this page on social media and let your friends know about Wisin y Yandel at State Farm Arena.