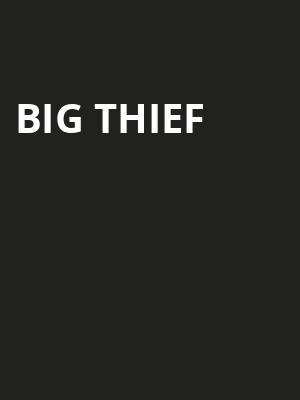 Those diversions create moments of gut-wrenching contrast, making hackneyed rock tropes feel surprising again - proof that with this softening of their sound, Big Thief have alighted upon something that packs a real punch.

Big Thief on a world tour!

Formed in 2015, Brooklyn-based indie quartet Big Thief released their debut album Masterpiece to much critical acclaim just a year later. The compilation heralded a heady blend of folk-tinged melodies, angular arrangements, lyrics steeped in raw emotional poetry and lead singer Adrianne Lenker's fragile, almost spoken, haunting vocal style. The band had a mammoth 2019, they released two full-length albums AND grabbed their first Grammy nomination for Best Alternative Album! Now 2023 seems to be following suit with them the gearing up to hit the road on a major world tour! This massive tour comes in support of their fifth studio album, Dragon New Warm Mountain I Believe in You.

Adept at sonically exploring light and shade, as well as a vast dynamic range, Big Thief careens from soft minimalistic ballad to grungy anthem, keeping the crowd rapt all the while. Unpredictable and possessing a high level of musicality, they take audiences on a journey through love, heartbreak and back again, counteracting the intensity with light hearted in-between-song banter that only endears them further.

Sound good to you? Share this page on social media and let your friends know about Big Thief at The Eastern.