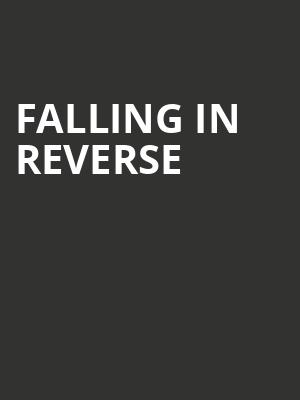 Falling In Reverse continues to champion the outsider, the cast aside, the underestimated, making music to empower and inspire life's underdogs.

Why See Falling In Reverse?

Live From The Unknown

Nevada native rockers Falling In Reverse prepare to tour North America on their 'Live From The Unknown' tour. Join the raucous rockers for a night of loud entertainment and be prepared to expect the unexpected, especially where lead vocalist Ronnie Radke is involved! The tour comes after a year of band member changes, but offers a chance to experience their high-energy live performance after a long hiatus from touring.

The band who formed in 2008 (when Radke was in prison!) currently consists of Radke on vocals,  Max Georgiev and Christian Thompson on guitar, Wes Horton III on bass.

Seen Falling In Reverse? Loved it? Hated it?

Sound good to you? Share this page on social media and let your friends know about Falling In Reverse at Tabernacle.