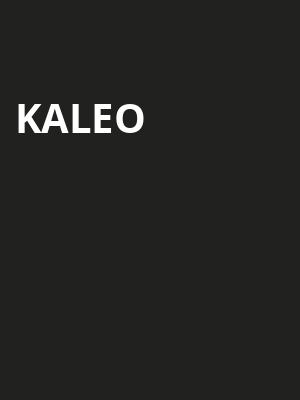 Icelandic blues rockers Kaleo formed in Reykjavik when the band members were just 17 years old, choosing to immigrate to the states after signing to Atlantic records in 2015. Inspired by their new home base of Austin, Texas, the folkrock quartet infuse the gritty sounds of Americana with a driving indie-pop aesthetic. Don't miss them when they bring their Grammy nominated music to a city near you!

In the tradition of the Black Keys and Jack White, Kaleo fuel their bluesy angst with driving, pounding drums and fiery guitar licks, anchored by emotive piano chords. The outfit is known for their slow-burning anthems that devolve into raucous, epic endings that whip their audiences into an all-singing, all-dancing frenzy.

Seen Kaleo? Loved it? Hated it?

Sound good to you? Share this page on social media and let your friends know about Kaleo at Tabernacle.