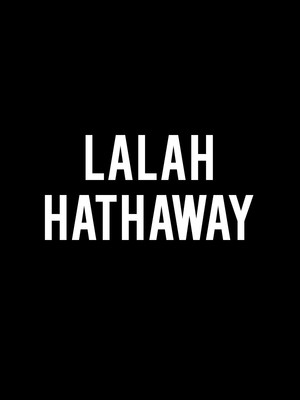 Grammy Award-winning soulful songstress Lalah Hathaway has music running through her veins. She may be the daughter of legendary singer Donny Hathaway, but Lalah has carved out a name for herself far from the shadow of her father's considerable achievements with a stunning set of vocal pipes and a versatility that has seen her command a range of genres from jazz to gospel to urban contemporary.

Her 2014 collaboration with modern jazz fusion outfit Snarky Puppy won her the Grammy that year for best RnB performance, her second and third golden records arriving the following two years consecutively in the same category for collaboration with Robert Glasper and a touching cover of her father's hit song 'Little Ghetto Boy'. With so much achieved already, don't miss this chance to see the inimitable Miss Hathaway as her star rises ever higher.

Sound good to you? Share this page on social media and let your friends know about Lalah Hathaway at Wolf Creek Amphitheater.