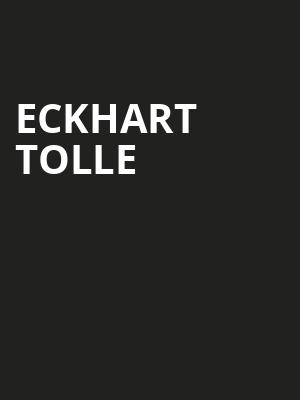 Eckhart Tolle's message is simple in theory: All power resides in the present moment because it is the only moment that exists.

German born spiritual teacher Eckhart Tolle will tour around America spreading his own, powerful teachings that he formed ever since a profound and life changing experience he had at the age of 29. His talks consist of new ideas as well as those present in his best-selling books 'The Power of Now' and 'A New Earth: Awakening to your Life's Purpose.'

After overcoming depression in his late twenties by experiencing an 'inner transformation', Eckhart uses his own self-proclaimed knowledge and enlightenment to spread the message of inner strength and human power to as much people as possible. His talks are the culminations of the quests to find meaning, purpose, or 'God' in his own life and have amassed him thousands of fans worldwide, including Oprah Winfrey, Annie Lennox and Paris Hilton as well as the title of one of the prominent and influence spiritual writers in America.

Eckhart gave a two hour talk last night, as many were celebrating the Easter... more

Sound good to you? Share this page on social media and let your friends know about Eckhart Tolle at Fabulous Fox Theater.